FROM stuff fit for a spy movie to stories that would fill gossip columns, like why Dora Siliya got divorced by her husband, and why Sikota Wina was popular with the ladies; to why the spy chief, Xavier Chungu, was being spied on.

And what really led to the collapse of Fred M’membe’s empire – The Post?

In his soon to be published book, Conversations with Memorable Personalities, journalist and author, Amos Malupenga, takes readers on an epic journey, retracing his own tracks in his illustrious career that spanned over 15 years, mainly at the helm of the country’s foremost private newspaper, The Post.

The result is a riveting book that covers an array of topics, from espionage to bedroom secrets.

Conversations with Memorable Personalities is divided into three parts, with the first being the author’s memoirs as a journalist, and gives a glimpse into the political and business empire that was The Post, including a special relationship between the newspaper and Michael Sata.

The book vividly captures a watershed moment for both the country and The Post after Michael Sata was elected as President in 2011, and what went on behind the scenes.

“The president [Sata] phoned me a while ago asking for a name,” Fred started. “He wants to appoint a press aide so he has asked for our input urgently. He wants this name at the end of the day or latest tomorrow,” reads an excerpt from Chapter 5.

In the same chapter, the author also talks about his own fallout with Fred M’membe after accepting a job from President Sata, and a spat between the new President and Fred M’membe.

The second part of the book is a collection of interviews – conversations as the author would like to put it – with a number of eminent persons; conversations that turned the subjects inside out, revealing some of their well-kept secrets and, sometimes, turned them the wrong side up.

This part features 44 interviews with some of the who-is-who of the country’s social and political life – from men who would be President, to rogues who would attempt to overthrow governments; plus a conversation with Graca Machel, who was married to Nelson Mandela.

The third part of the book discusses democracy and theocracy, and the author concludes that there’s no perfect human government.

Conversations with Memorable Personalities is the second book by the same author. His first book Levy Mwanawasa: An Incentive for Posterity was published in 2009.

Please note that the book will be available in a few weeks’ time, but pre-orders can still be made following the payment details below: 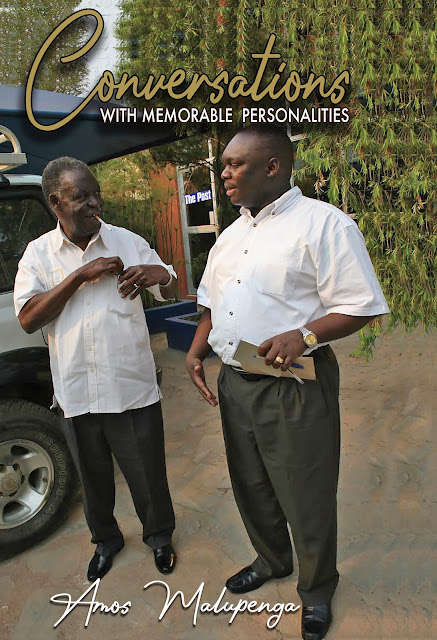 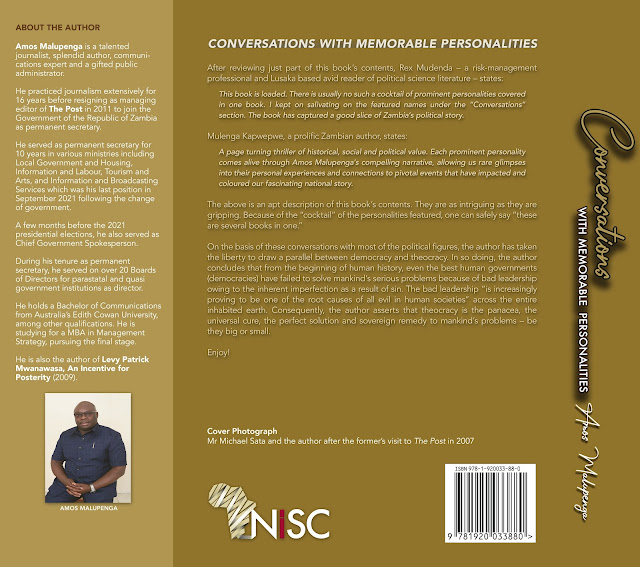 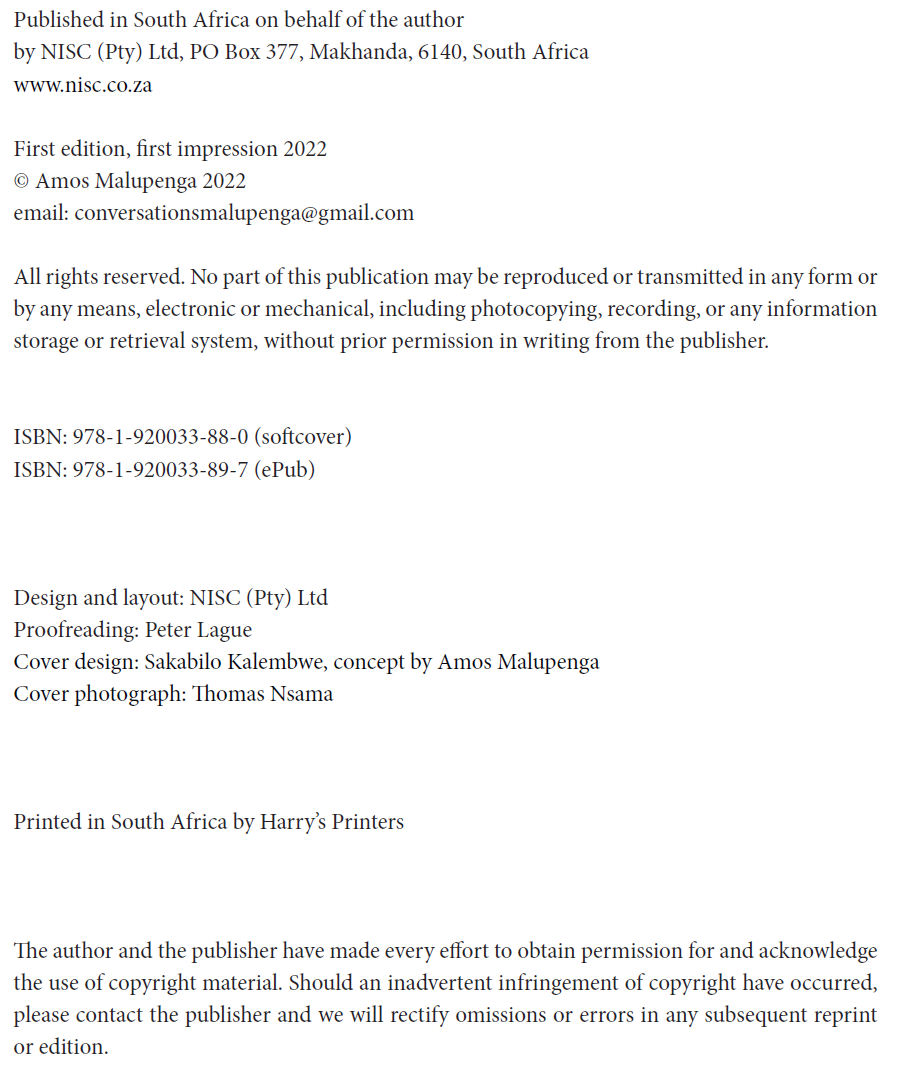 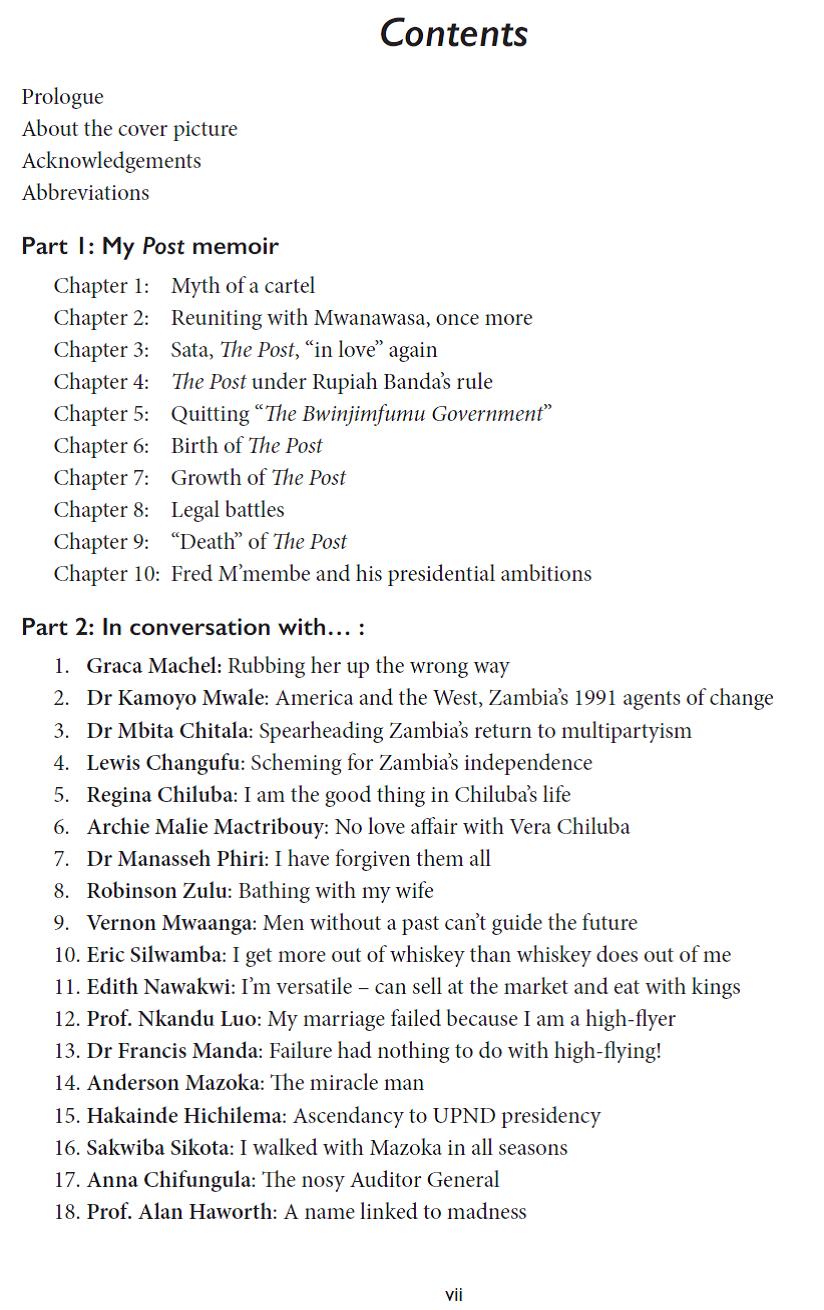 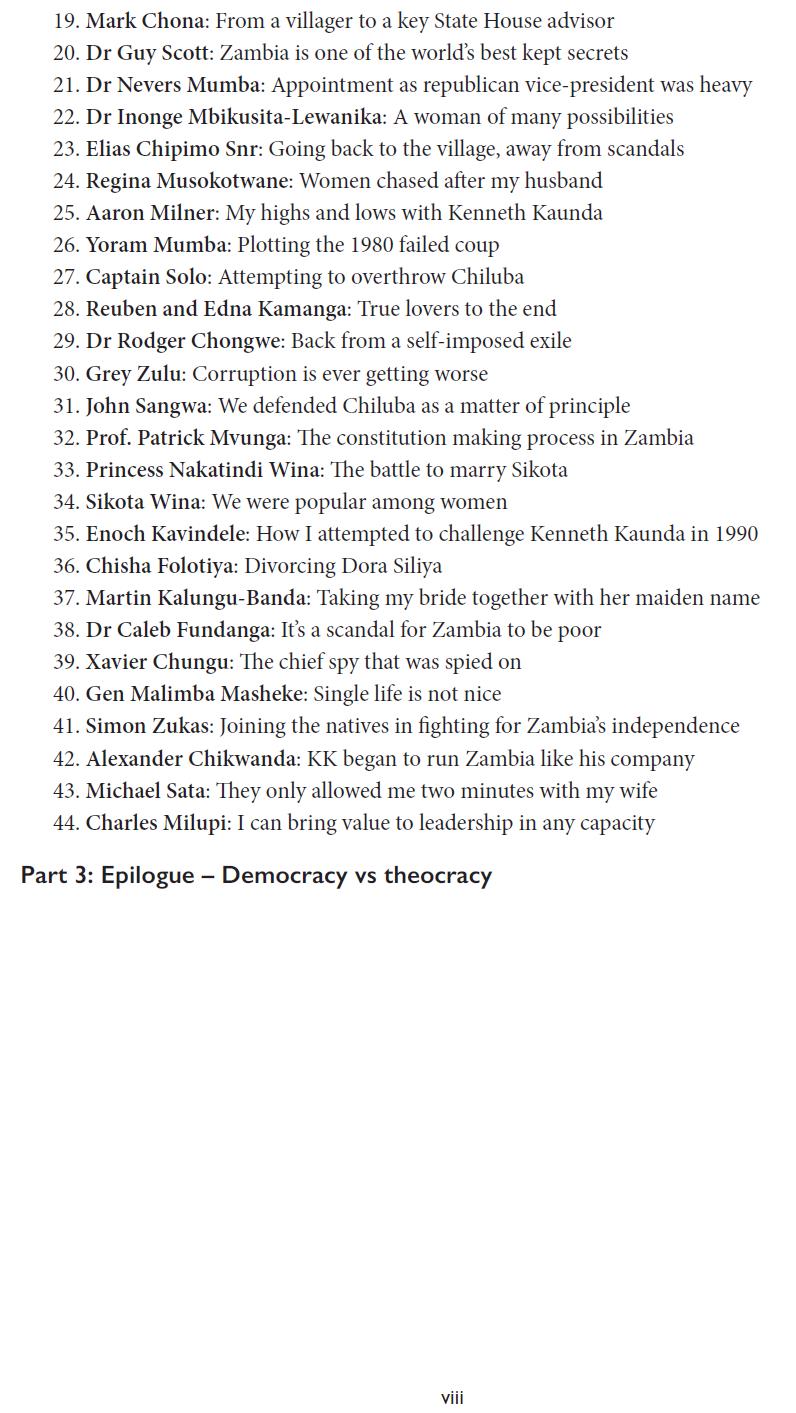 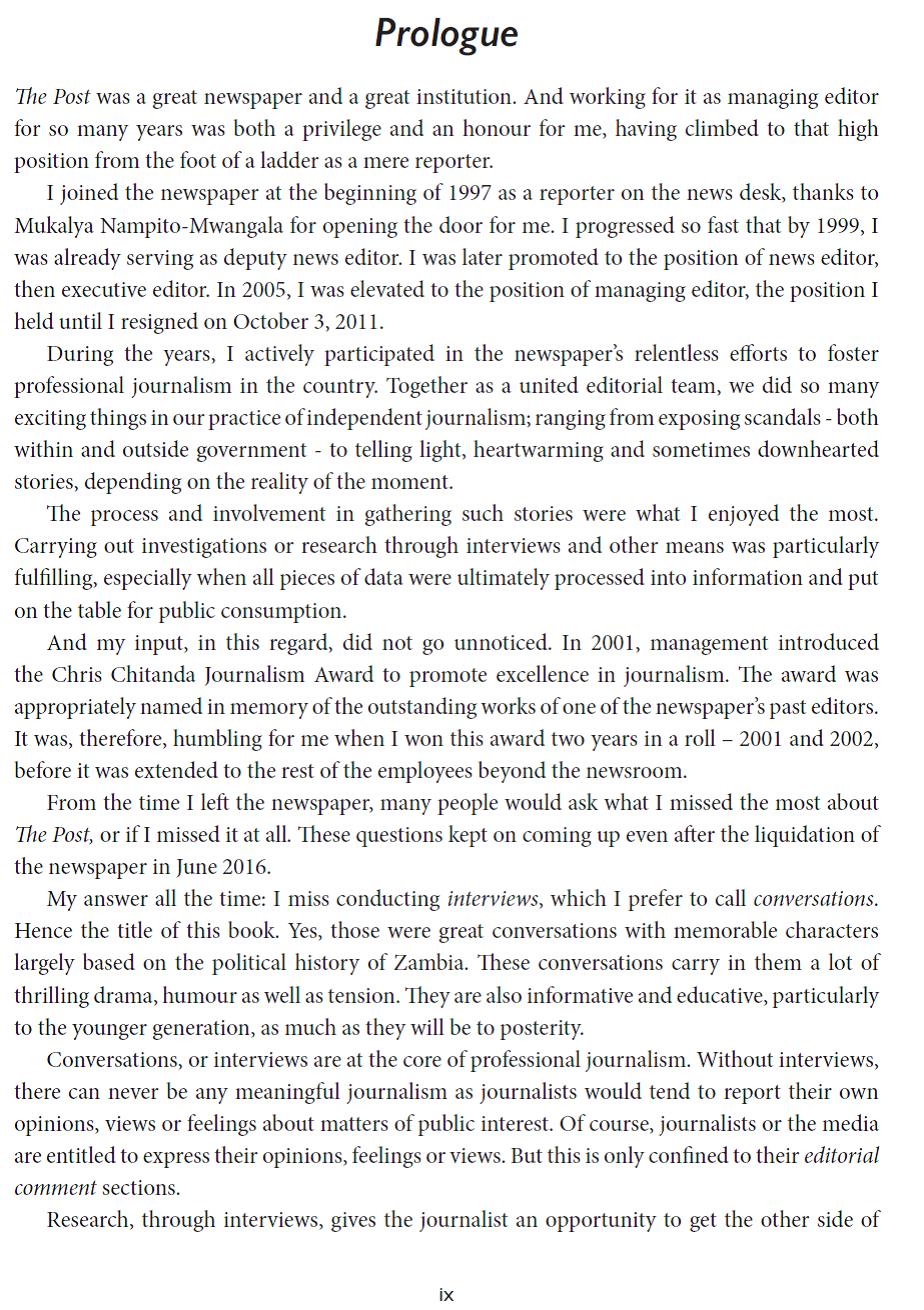 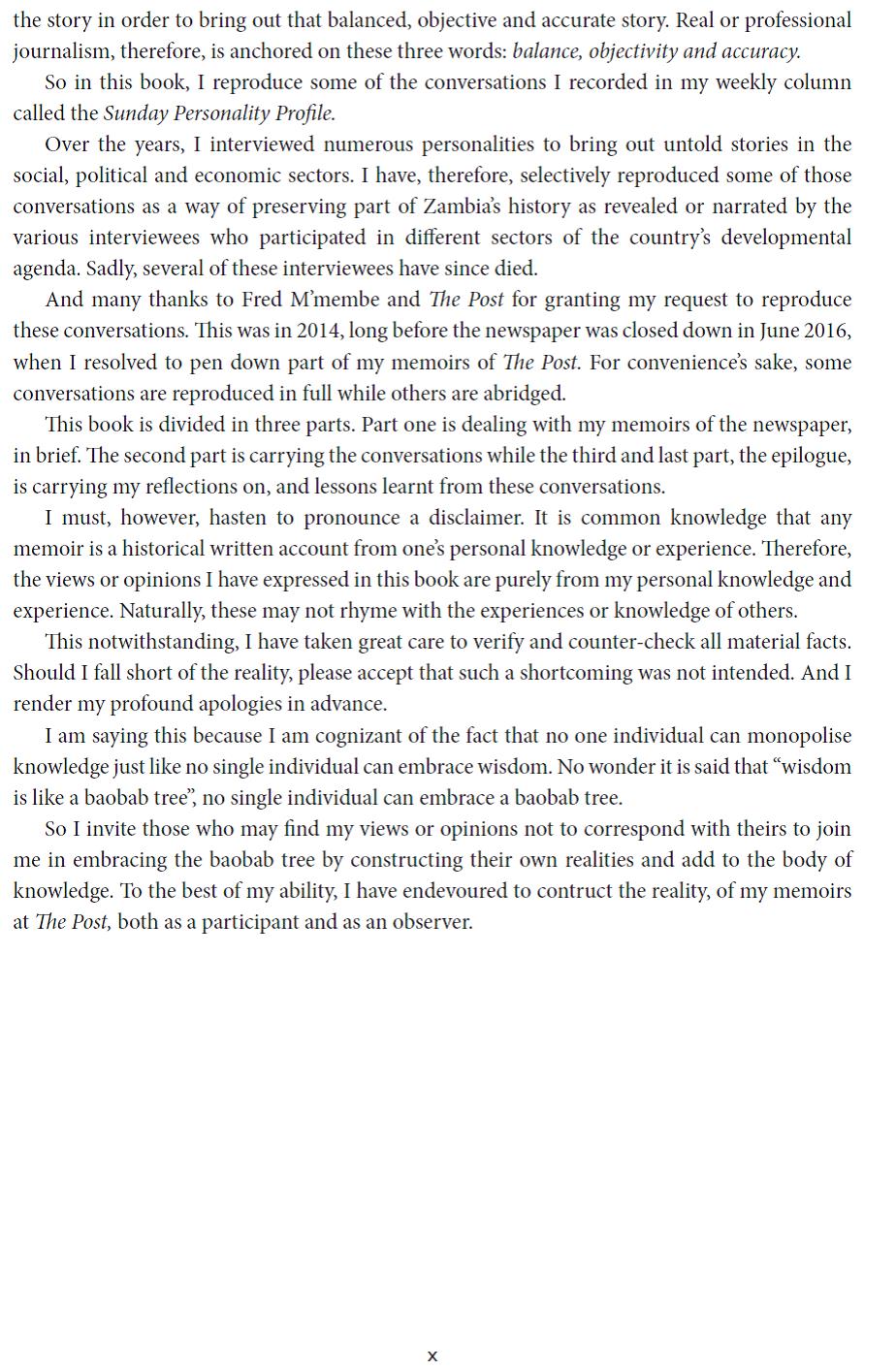 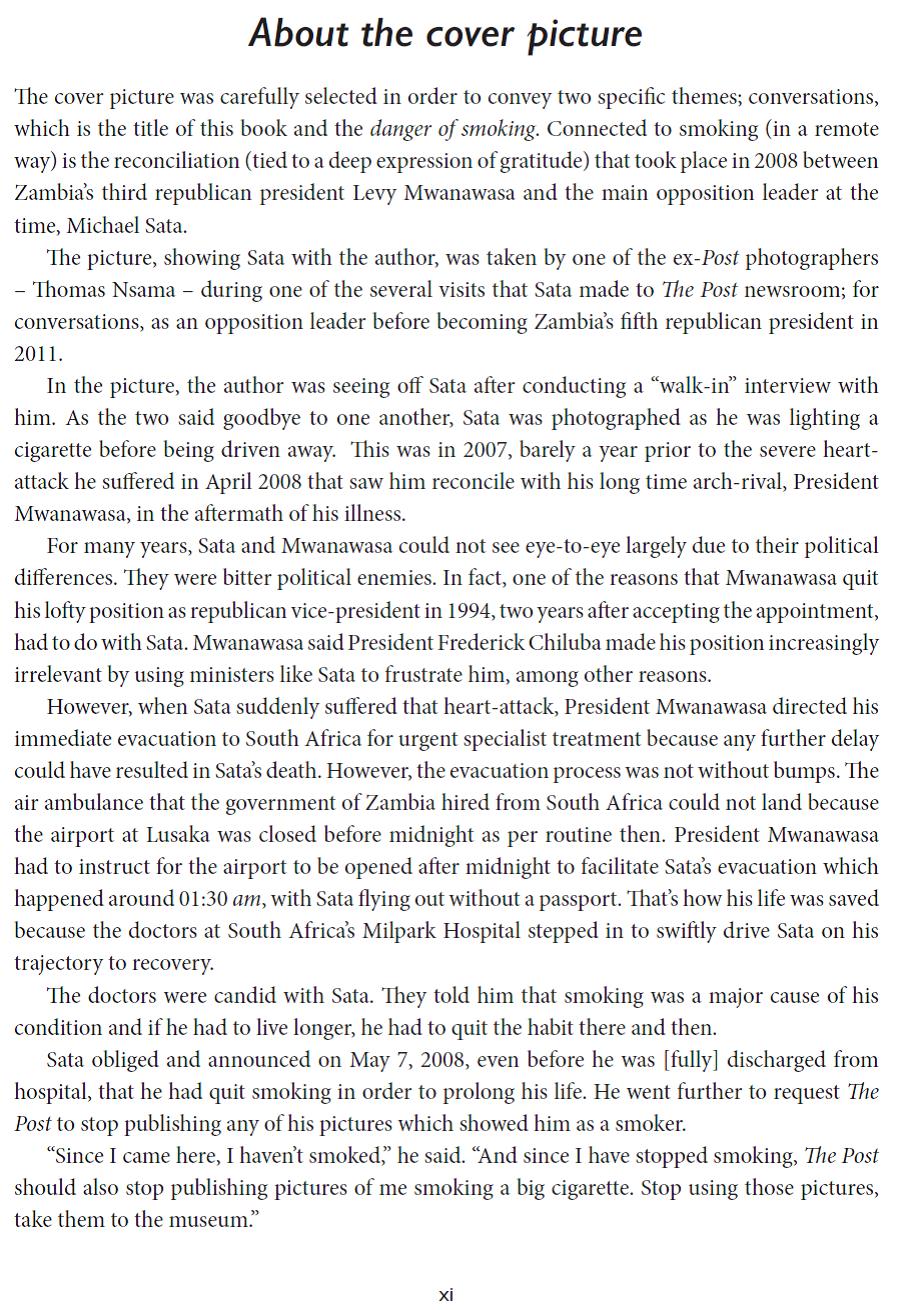 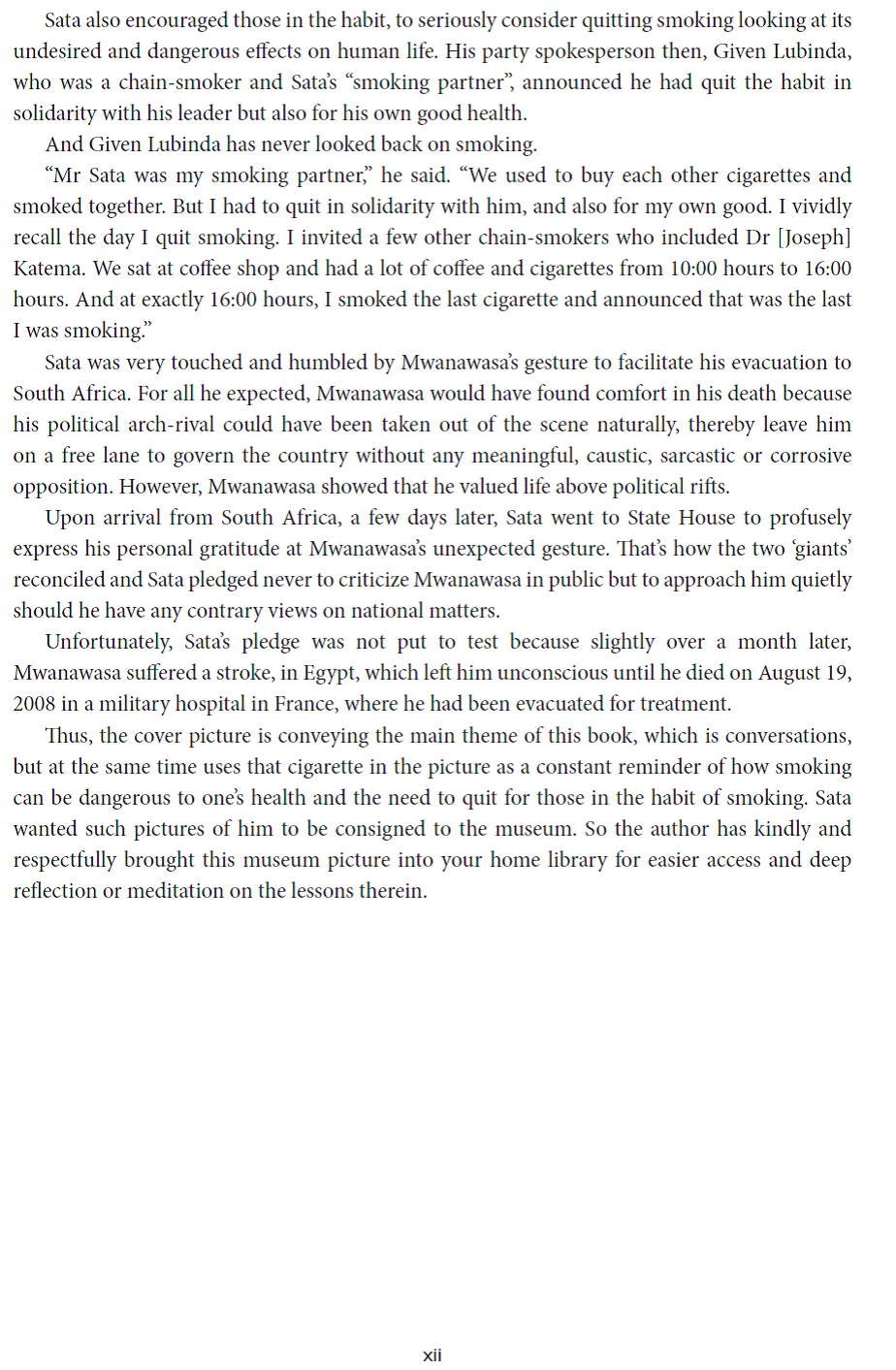 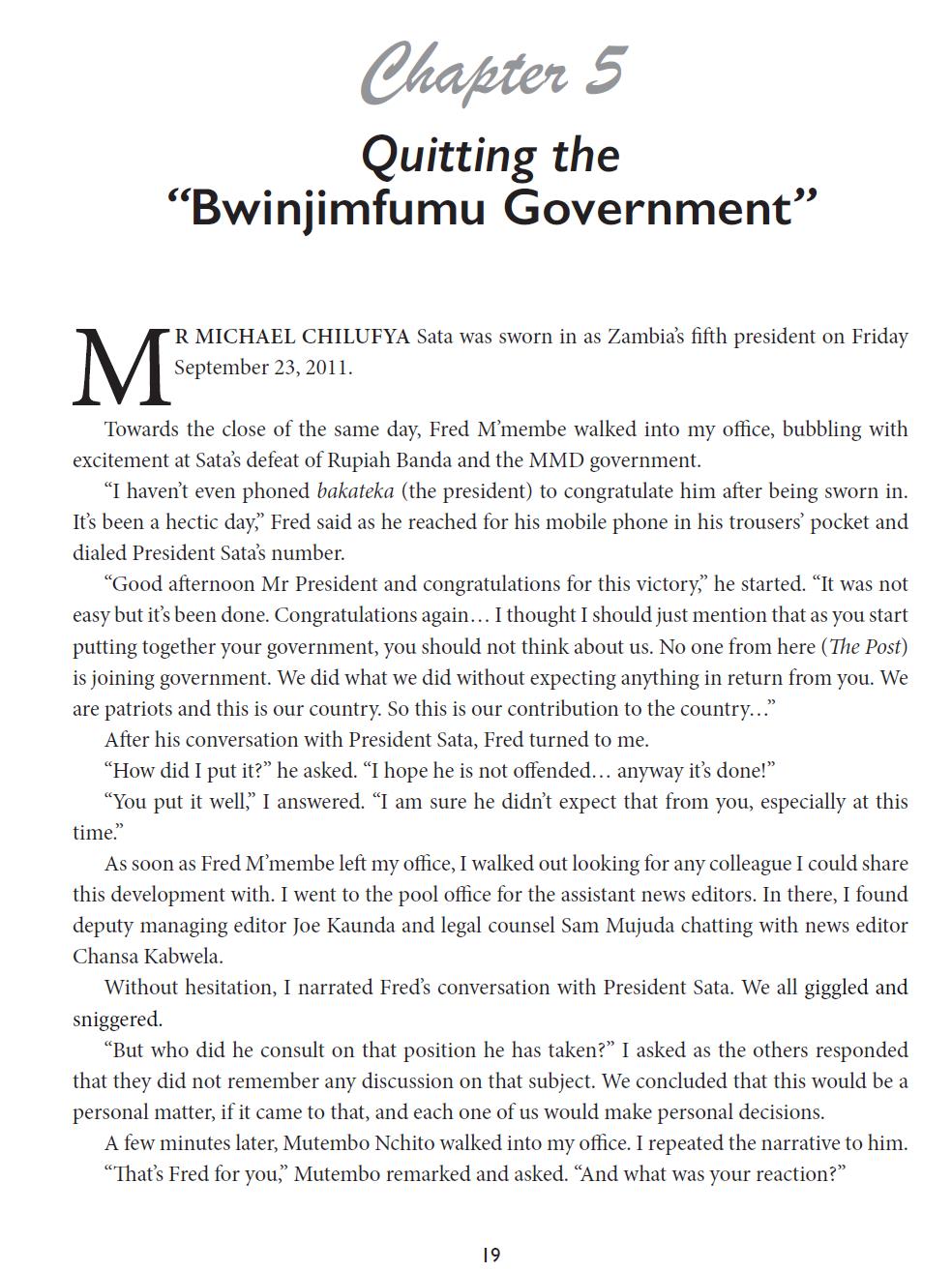 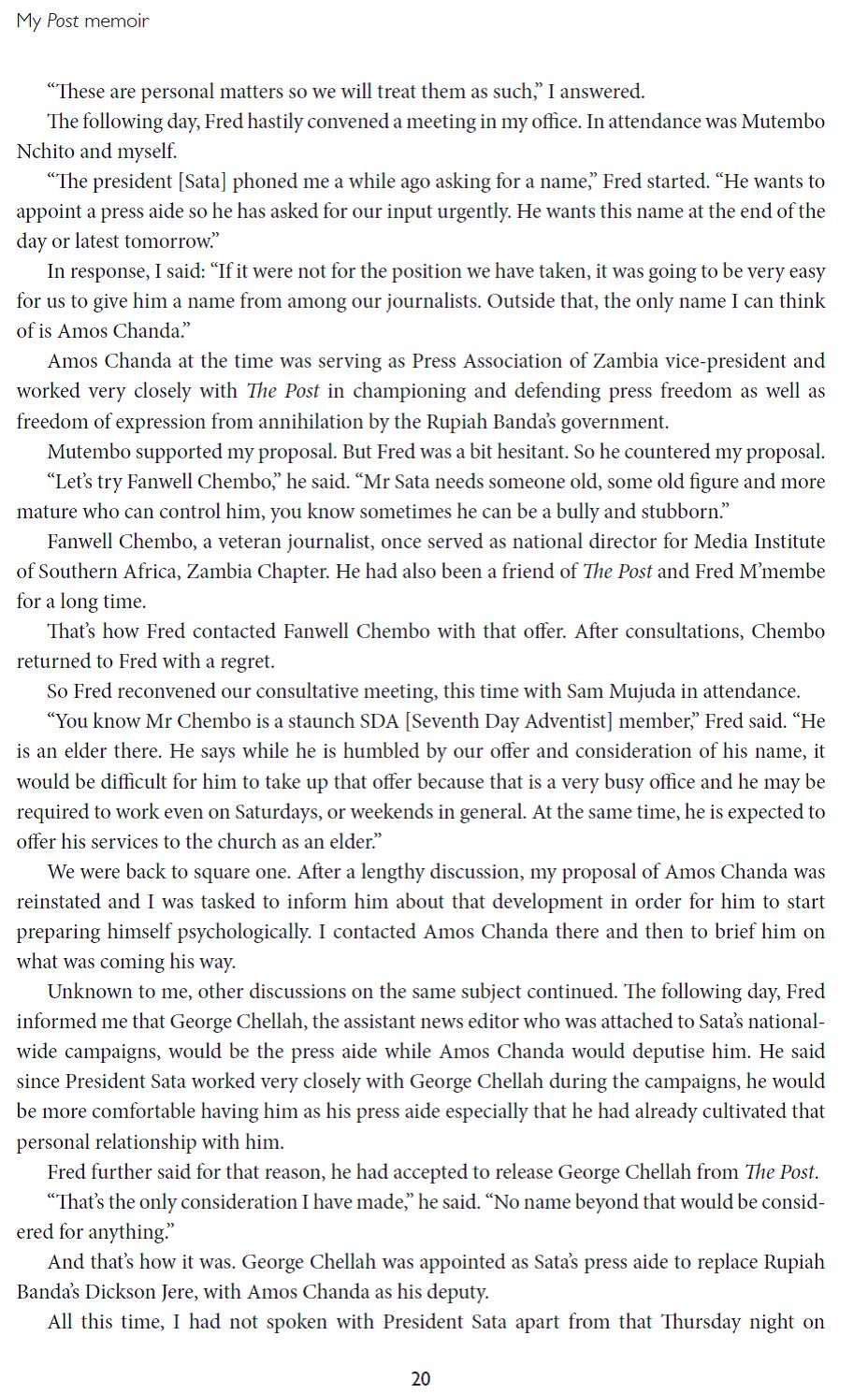 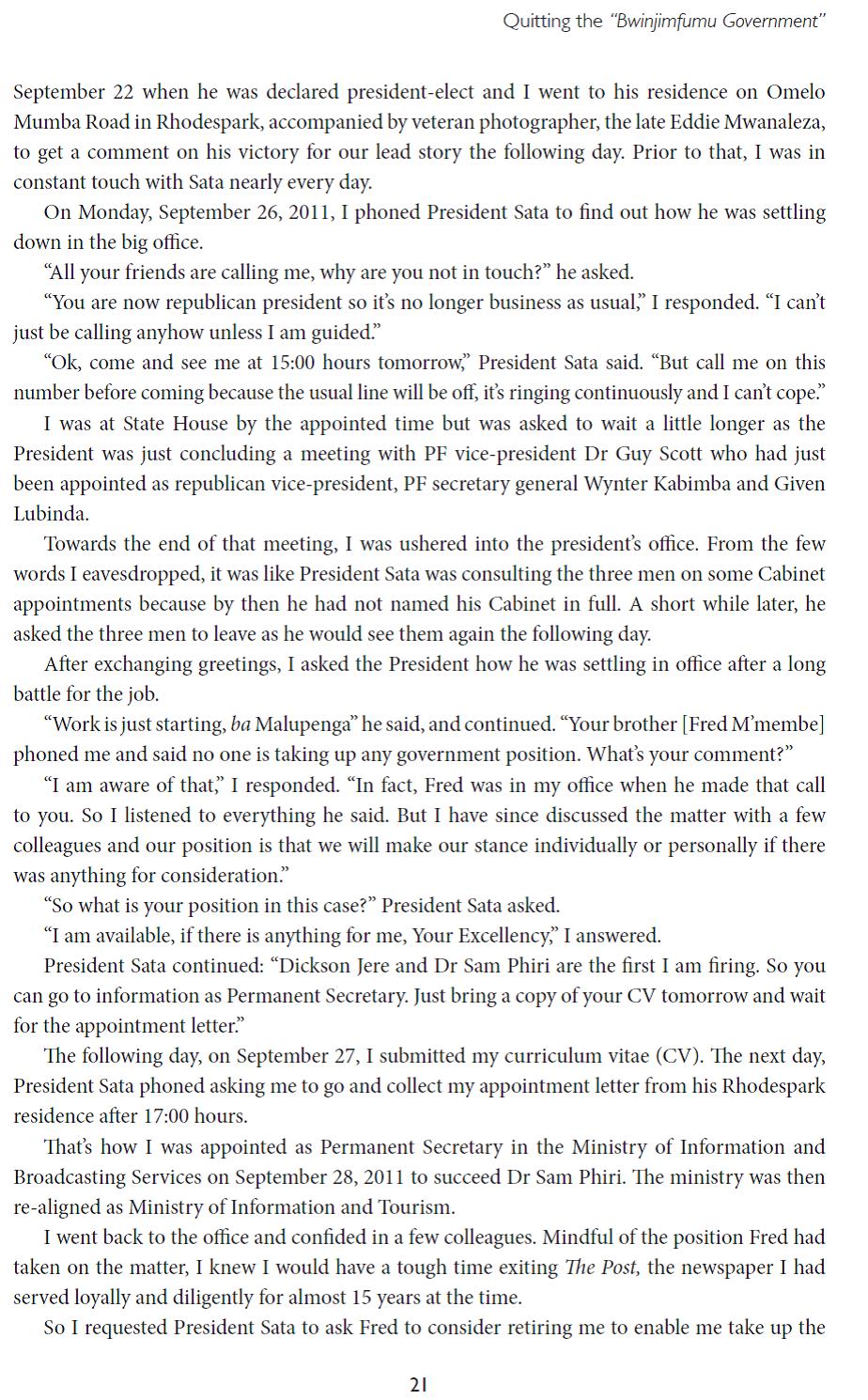 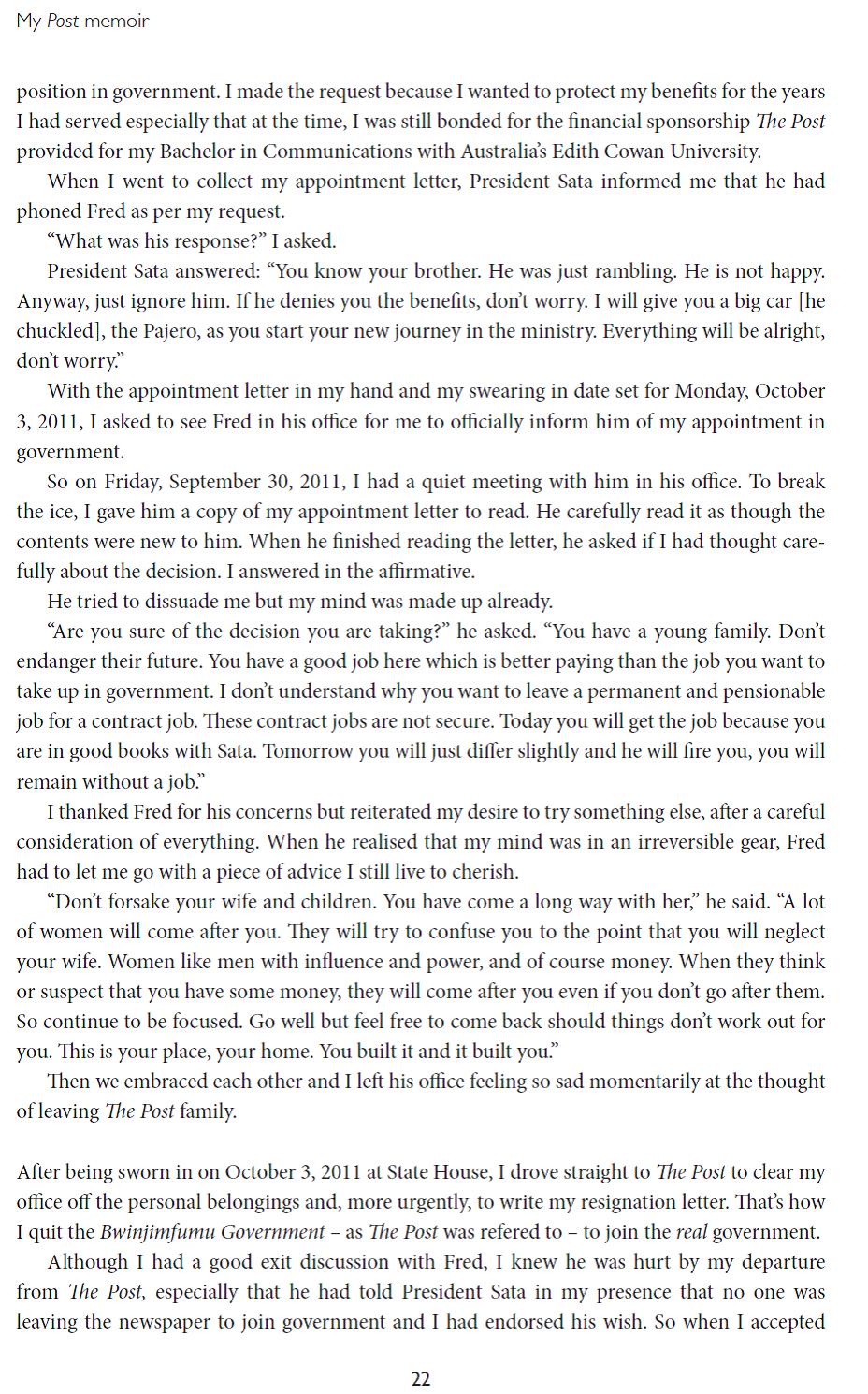 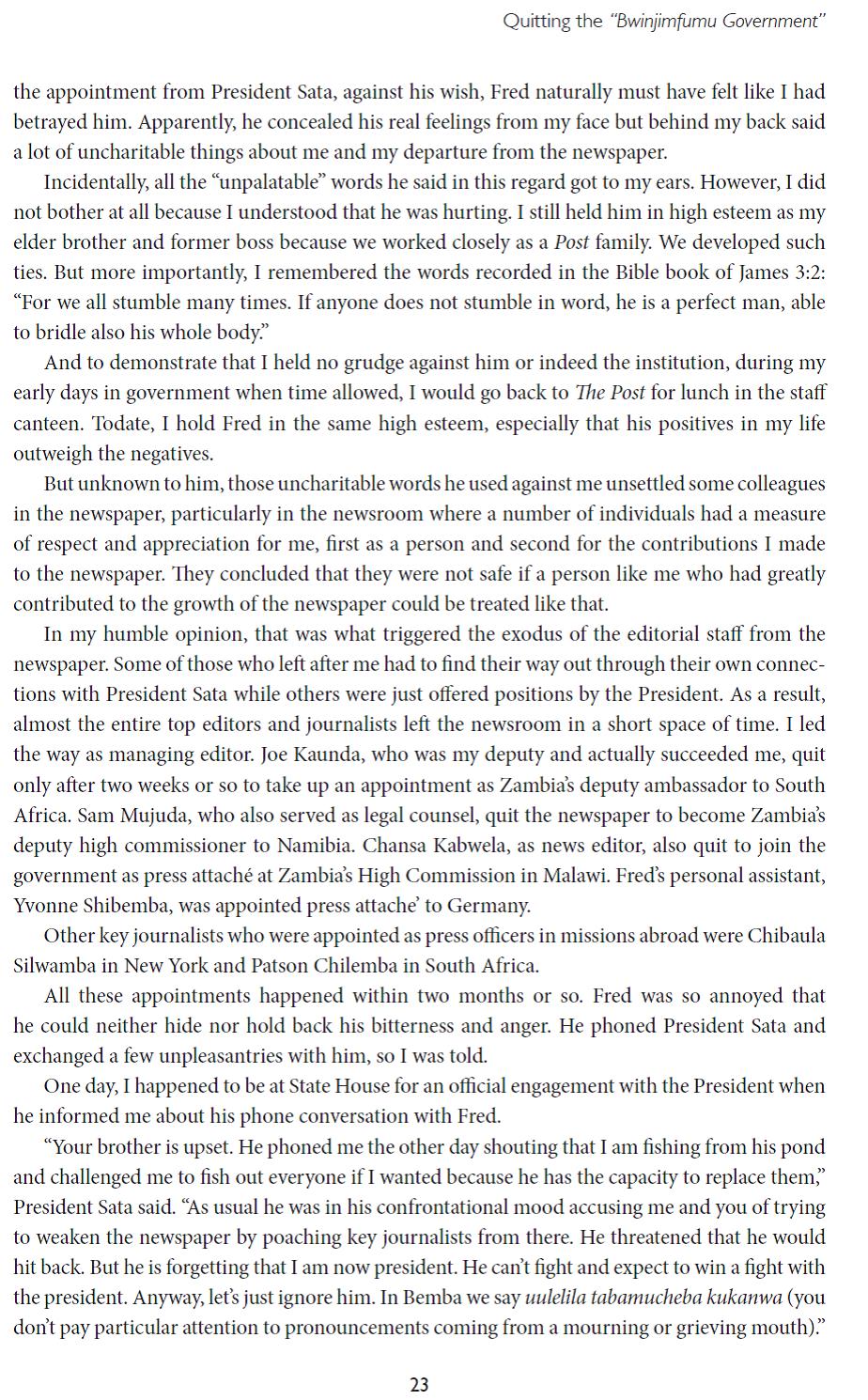 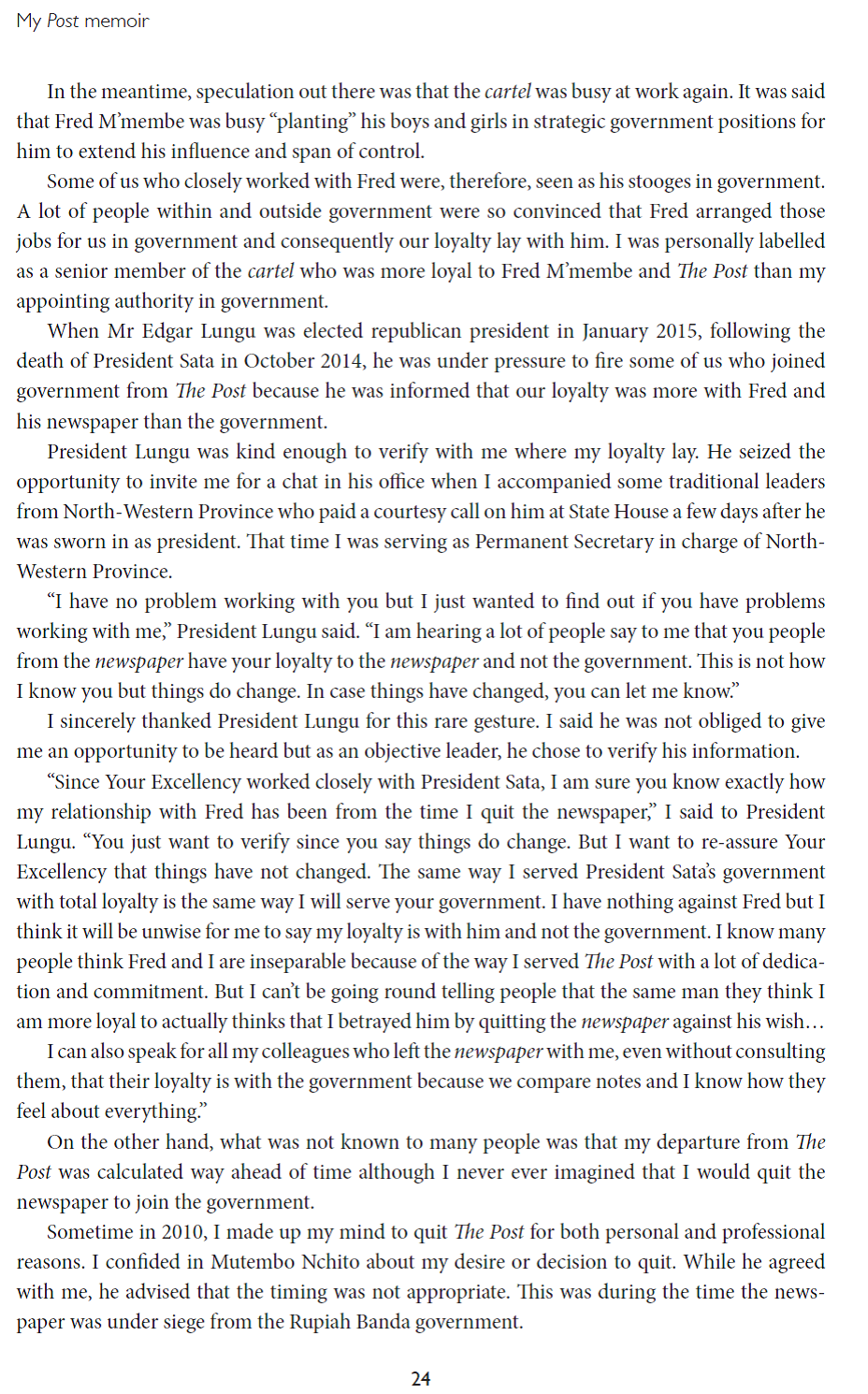 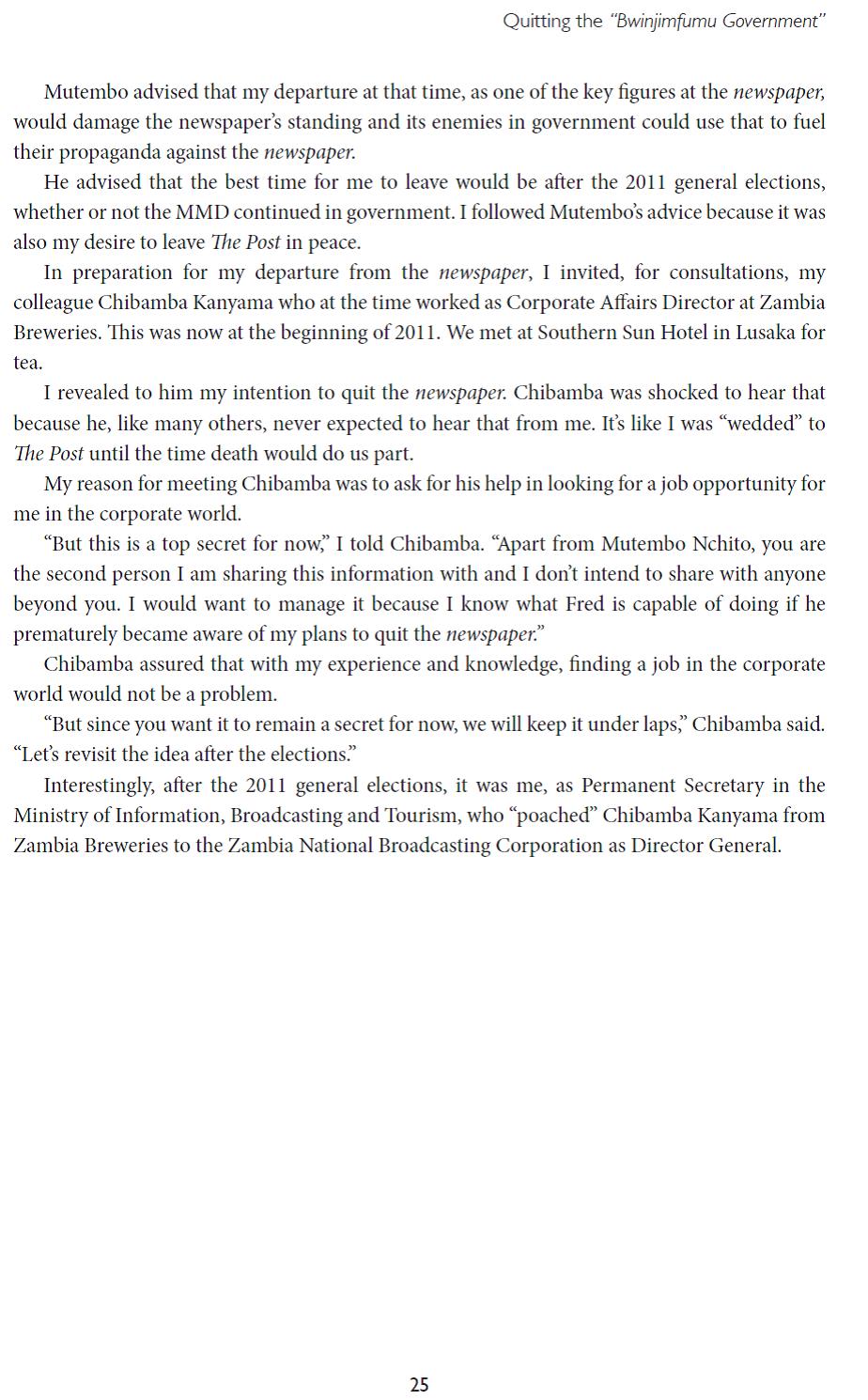 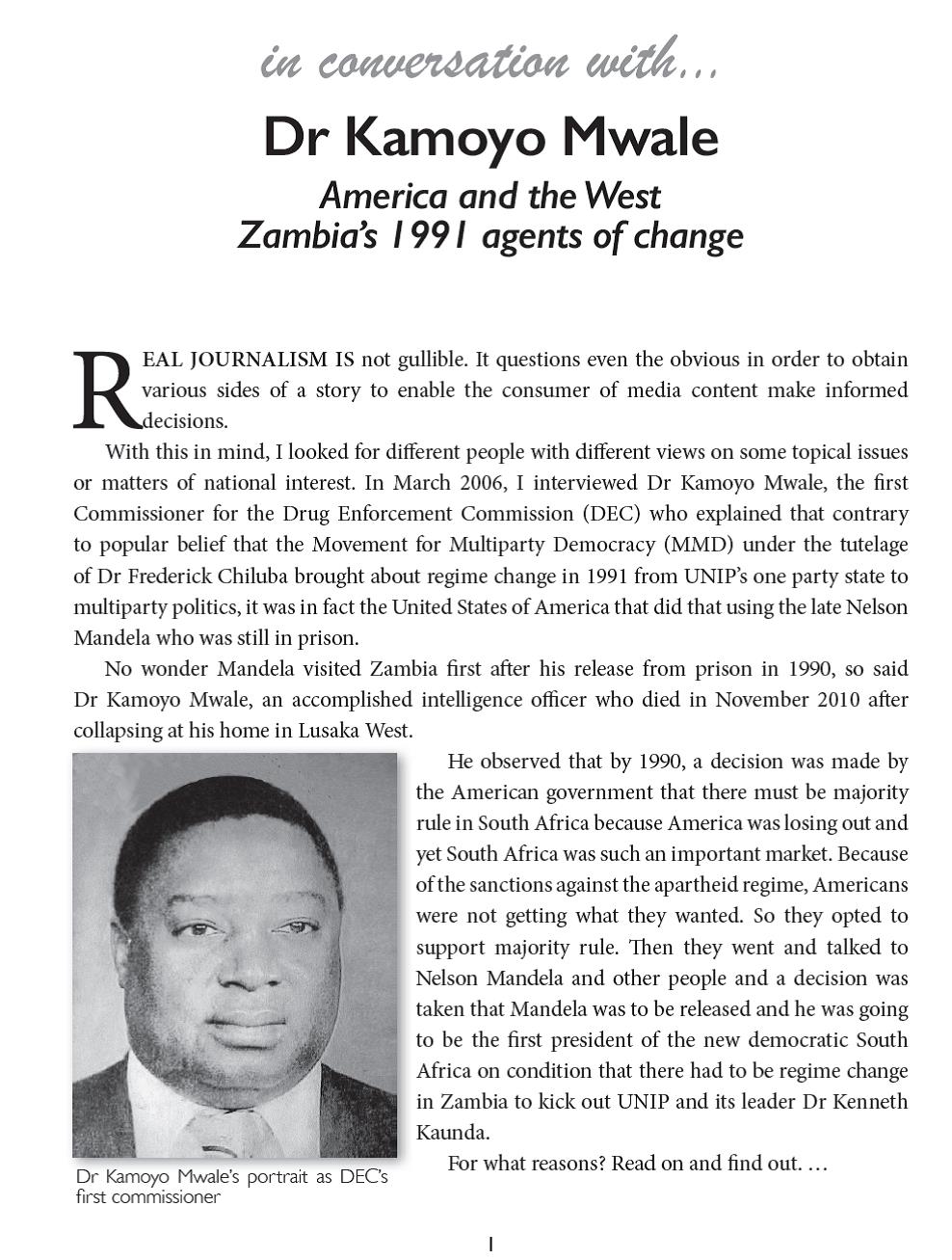 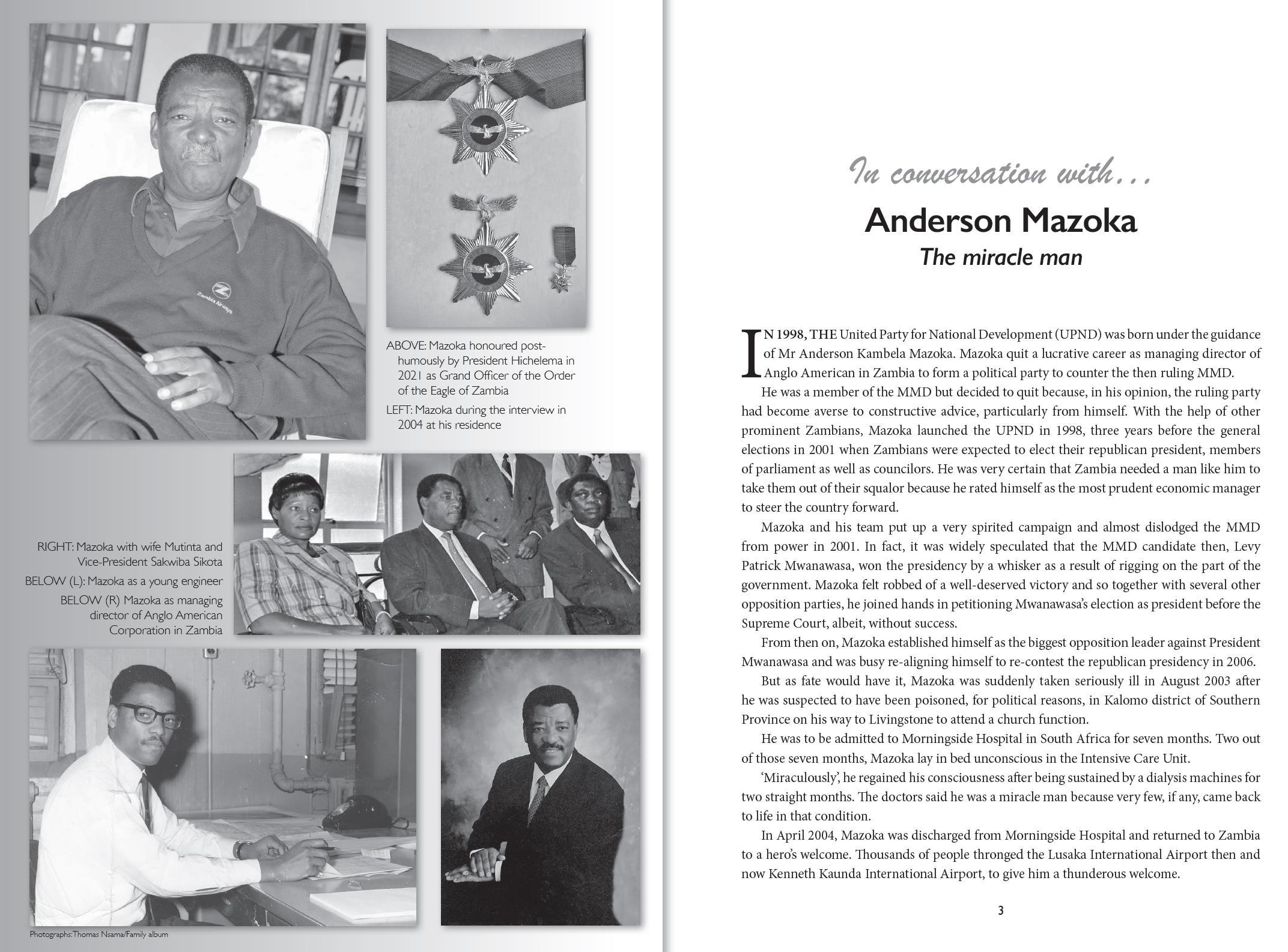 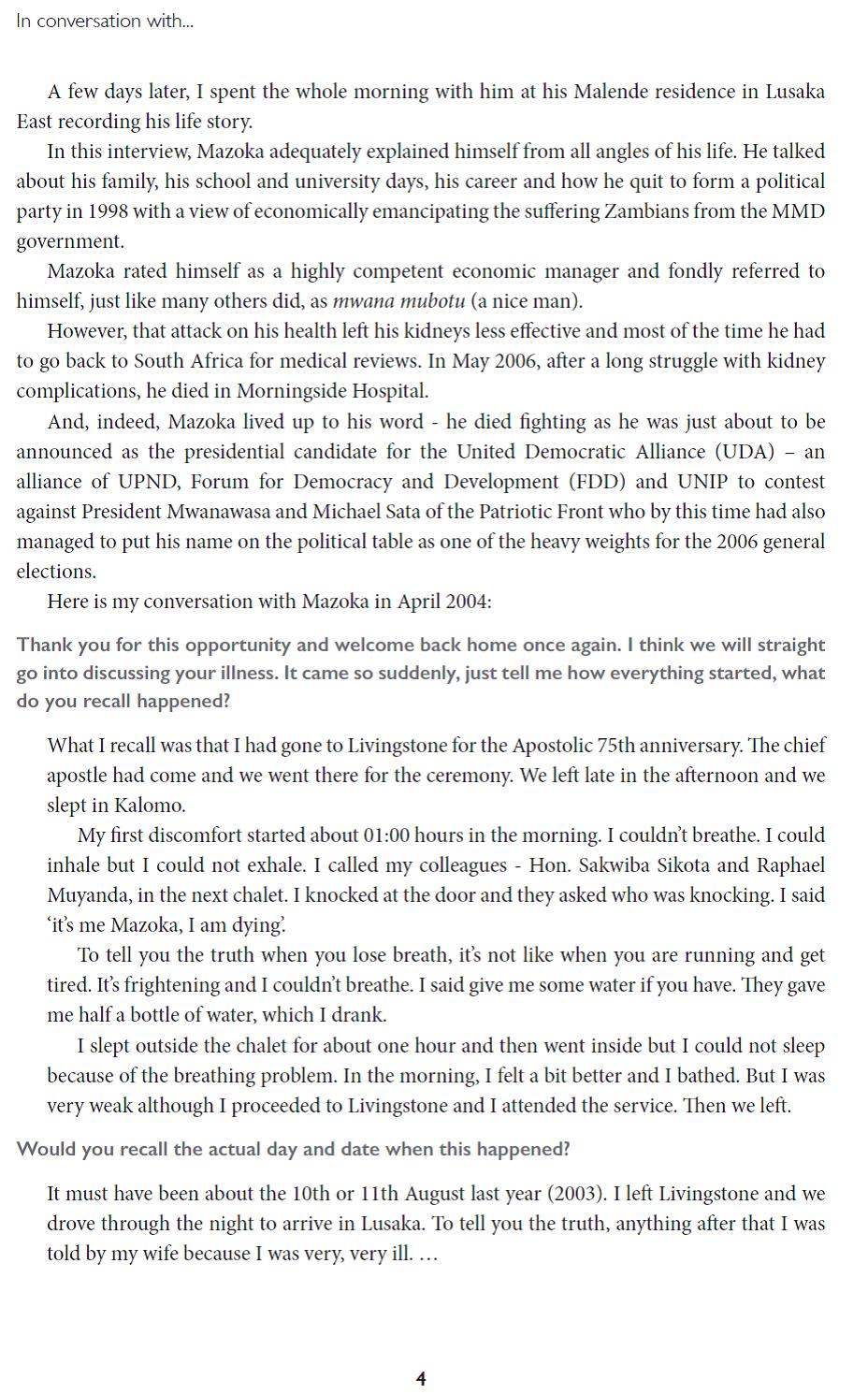 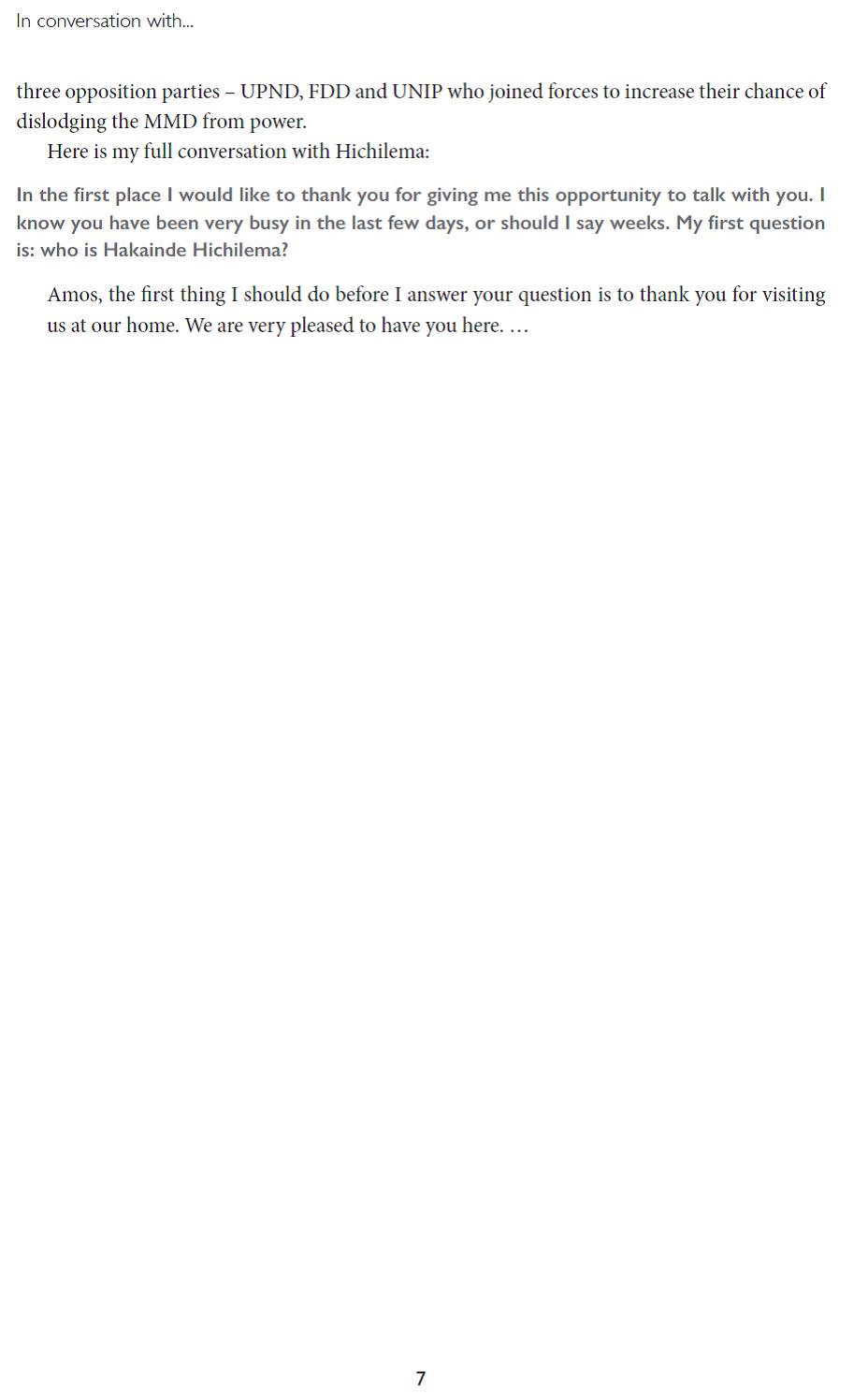